An Ode to Priests

There was an undead who just wanted to be priest,
For dealing out damage he could care in the least.
Helping out teammates was more to his taste,
So in selecting this class he did so with great haste.

The first part of his life was dedicated to the grind,
To become a level 60 healer that would blow your mind.
He didn’t go shadow because he wanted to heal,
His need for nurturing and caring was utmost and real.

So he looked at the talent trees and decided to go holy,
He didn’t know at the time this was his greatest folly,
He didn’t say anything when outlevelled by dps friends,
For in the end his healing power would make amends.

But eventually they were sixty and he was still thirty,
Having to play with their alts would make him feel dirty.
In their raid runs his friends made too much gold to count,
Meanwhile the priest was trying to pay for his mount.

Finally he hit sixty – he could roll with his crew!
But too bad for him, though, they’re already in tier 2.
“Surely”, he thought, “they could use heals from me!
My class is the best healer – and I’m specced holy tree!”

“I’m wearing plus healing gear as you surely can tell,
I can heal over time, buff and even cast a lightwell!
I’ve got an AOE if you need a bit of area damage,
But I’ll quickly be oom from a triple spammage.”

“I took spirit of redemption for times when I pass,
If I can target someone on time I may even cast!
You must not overlook improved death in a BG,
It gives rogues a chance to /spit after they two-shot me.”

After he got some gear his friends took him on raids,
Too bad for our priest this is when his dream fades.
‘Twas the first time he healed with a druid and a shaman,
Excited was he that they had a healing job in common.

He would show these two classes how healing is done,
At long last his long journey would be worthwhile and fun.
When a teammate lost health he’d queue up an efficient spell,
But his target was full health for the shammy is fast as hell.

The boss was still up with more than half of his life,
Our poor priest was oom and was in great strife.
Thankfully for the raid the druid was there to save the day,
He used innervate and his mana went up all the way.

Afterwards our priest was confronted by the raid leader,
Who couldn’t believe the priest was last on the healing meter.
“OMFG,” said the leader, “but we don’t need you, you noob!
Next to our druid and our shammy, you heal like a boob!”

And so our priest decided to go back to the battleground,
Surely horde will be happy that there’s healing around.
The BG just started and a red arrow appeared over his head,
Over the next three seconds he was silenced – then dead.

No matter where he was – in a bush, or on a roof or hill,
The enemy headed straight for him sensing an easy kill.
Facing three opponents he then psychic screamed,
But they immediately trinketed and our priest got creamed.

On the other side of the field, healing was done by a pally,
My teammates headed straight for him – they did not dally.
I was sure he’d die quick – such must be a healer’s fate,
But little did I know that paladin’s could wear plate.

The first of us that reached the pally was met with a stun,
He was still stunned when he died, my goodness, what fun!
We finally thought we had him ‘til out popped a bubble,
More of us died from the pally’s allies and we were in trouble.

If you read this far – thanks, and there’s a moral to this story,
Please heed my advice ‘cause if you don’t, you’ll be sorry.
If you want to be a good healer please don’t roll a priest,
Because among healing classes, we are surely the least. 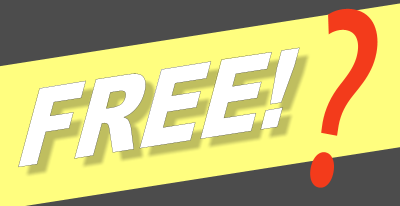